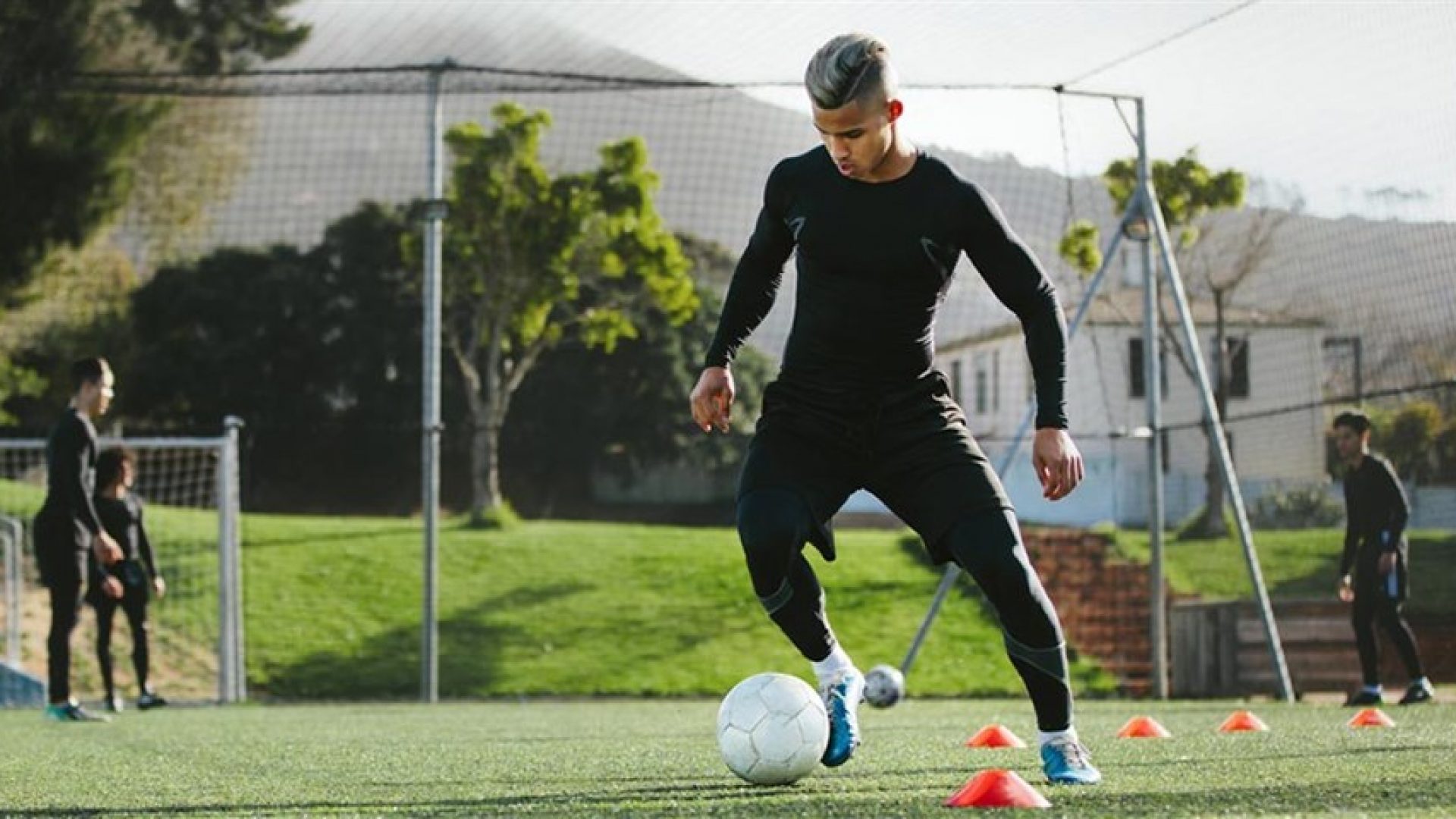 We are delighted to work directly with Stylo Matchmakers with distributing their products to PRO FOOTBALLERS. Iconic Football brand Stylo Matchmakers who actually already call themselves the “Iconic British Football Boot Brand” If you haven’t seen this exclusive line up before now you’re probably wondering how we got to this decision.. and yes that’s right they don’t sell these boots in the sports shops any more, Read all about it.. Depending on your knowledge of the football boot industry, you will know the brand Stylo Matchmakers boast that their boots were worn by a huge list of top footballing legends over the years as they sold millions of pairs around the globe. With respect to any millennials reading, we’re talking about the greats here, the grand masters, not players like Messi, Ronaldo, or Neymar, but the players your parents and grandparents will still talk about, the originals, what they will call “proper footballers” back then these players didn’t dive either.. These legends are now remembered with big statues outside stadiums, with their own memorabilia cabinets found in football museums and who over huge numbers of years proved to be the most influential and successful of all time. We still talk about them now, many decades later, we’re talking about the unforgotten International superstars such as Pele, George Best, Kevin Keegan, Billy Bremner, Viv Anderson, Alan Sunderland, Trevor Francis, Leighton James and many more.. 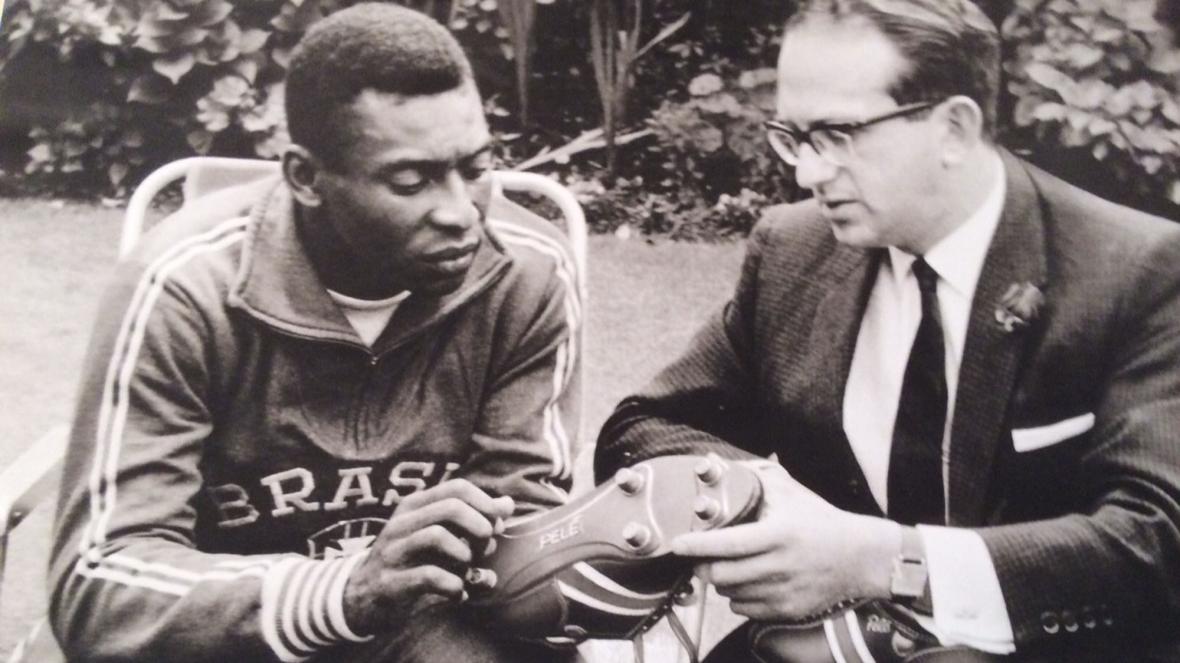 In 1966 the legend, Pele signed terms with the Stylo Matchmakers brand just a few months later and became the face of the brand leading up to the 1966 World Cup Finals in England. This was huge for Stylo Matchmakers as Pele was regarded as the best football player in the world. Stylo was now going head to head with the big German brands as the go to for professional football boots. 1968, George Best signed up with Stylo Matchmakers. Stylo Matchmakers sales went through the roof with over 1 million shoes reported sold in the early days. George Best even went on to design and create his own line of fashion with the brand. This was trailblazing at the time and led the way for how footballers worked with brands. Celtic, Leeds United, Liverpool FC all wear Stylo Matchmakers
From 1972 the brand became the biggest football boot label in England and full teams were sporting the Stylo boots. The brand became the most worn professional football boot. The clubs included players from Leeds United, Sunderland, Barnsley, Liverpool, Celtic, Notts Forest, Arsenal, Sheffield After George Best had signed up Stylo then turned to Liverpool F.C, Birmingham City and Burnley and exciting players like Steve Heighway (above), Trevor Francis and Leighton James (below) became brand ambassadors. As soon as some of these huge names started dancing around defenders and banging in World Cup goals wearing their fashionable Stylos, other players and full squads around the world quickly took notice of the British brand for the first time. Suddenly top players and teams appeared on the front of fashion magazines in their Stylos and consequently everybody wanted a pair of these designer label boots which unlike Adidas and Puma (made in Germany) were gloriously made in England. United.
Stylo Matchmakers boots were also worn in key battles and legends were made. Billy Bremner led Leeds United to the Championship and European Cup Final in Stylo Matchmakers and Kevin Keegan did also with Liverpool with the FA Cup winning team of 1974. Celtic also won the domestic double in which Jimmy Johnstone pushed them on with his Stylo Matchmakers team-mates. During this same era Nottingham Forest began their domination under Brian Clough. Stylo Matchmakers were the clubs boot sponsors. Forest heros Viv Anderson, Martin ONeil and John Robertson fired the club to glory in style. A little later, the FA Cup winners of 1979 Arsenal, beat a very strong Manchester United in the final. Arsenal stars Liam Brady, Alan Sunderland, Pat Rice and David OLeary wore the Stylo Matchmakers boots.

Sometimes these Stylo squads would take on each other as every man on the pitch battled for the ball in Stylo Matchmakers football boots… As long as the big names were all wearing and promoting the brand, the regular players who could afford them would easily jump at the chance to buy. It was an easy decision, even if they weren’t the cheapest option. That being said, since Stylo made a comeback in 2017 we noticed they have made a rather aggressive strategy move on the boot industry and now operating totally different to how they used to, when it comes to pricing and consumer spending, a spokesman from Stylo summarized when they told us the message with the brand was to offer players “better quality for less” whilst creating clubs and businesses new revenue streams utilizing their own influence and resources.